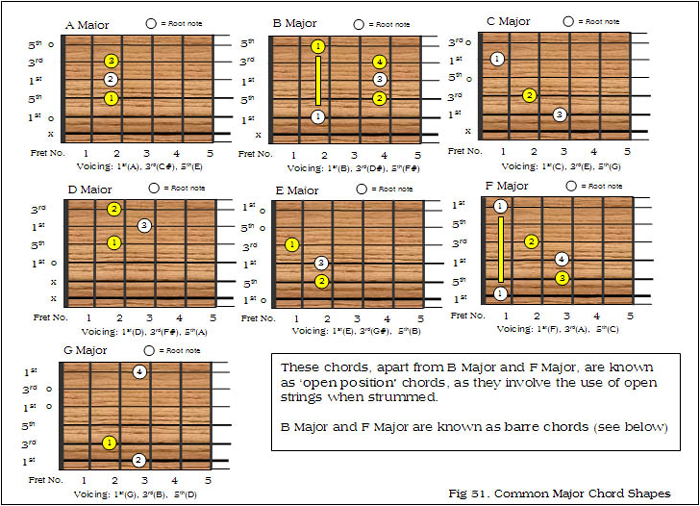 The Barre (or Bar) Chord 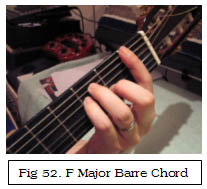 You will notice that two of the chords above are made using a 'barre' (or bar) - B Major and F Major. To do this, you need to place your first finger flat across all relevant strings, and use enough pressure so all notes ring out when played. The other fingers are then free to place in position as shown.

Barre chords take a lot of practice, and are usually the point where people give up on learning to play. But with perseverance and practice, these chords will become second nature just like the 'open position' chords (chords that do not require a barre).

The picture on the right shows how to finger an F Major chord. You will see the first finger is used to hold down all strings at the first fret, then the other fingers will position themselves on the correct frets. Note that we are producing the same shape as an E Major chord, one fret higher. This is important to note, as we prepare for movable major chord shapes on the next page.